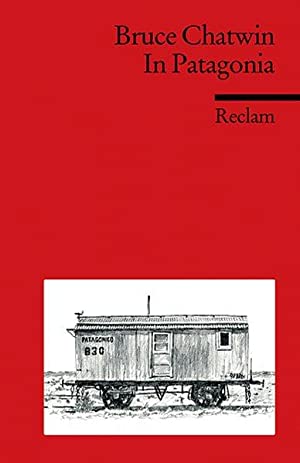 In Patagonia is Bruce Chatwin’s first book and still his most popular. Perhaps because it’s most clearly a travel book. Where The Songlines is already getting pretty philosophical, In Patagonia is still rooted in the conventions of the travel genre. A young Western man sets off to an exotic, unknown land where people are strange (to him) and the scenery is beautiful. The classic example is Robert Byron’s The road to Oxiana (1937), about the author’s journey from the Middle East to India.

Bruce Chatwin decided to travel through Patagonia (some parts Argentina, some parts Chile) towards the southernmost tip of South America, Tierra del Fuego or Fireland. His initial goal is to locate the place where the remains of a giant sloth were dug up. Chatwin’s great uncle once sent home a piece of its skin, saying it belonged to a brontosaurus. As a young boy Chatwin was always intrigued by the strange piece of leathery skin in his grandmother’s house and decided he would one day travel to its land of origin, Patagonia. My version of In Patagonia was published in Germany so, while the text is in English (with interesting German footnotes), the afterword is completely in German. I’m not sure I understood this afterword completely, but I did manage to follow some of the editor’s points. Interestingly, he compares Chatwin’s search for that ancient brontosaurus (that turns out to have been a giant sloth) to Jason and the Argonauts’ quest to retrieve the Golden Fleece.

So much for the mythical context of In Patagonia. In reality Chatwin seems much more concerned with the current state of affairs in Patagonia. During the Seventies both Argentina and Chile were struggling with various dictatorships, so politics are never far away. Mixed with this modern background, though, is a constant sense of nostalgia for the period around the turn of the century, the days when a lot of farmers settled in these foreign lands. Chatwin likes to refer to his great uncle and his contemporaries, but the people he talks to also like to bring up memories of their grandparents’ time.

In Patagonia is also written within the context of other books. To illustrate the clash between European and other cultures Chatwin refers to Shakespeare’s The Tempest and Jonathan Swift’s Gulliver’s travels. To give a sense of the strangeness surrounding this place that has often been described as the end of the world he refers to Coleridge’s The rime of the ancient mariner and The narrative of Arthur Gordon Pym by Edgar Allen Poe. Another famous precursor is of course Charles Darwin, who in The voyage of the Beagle described many of the things Chatwin saw a century later.

I’m not sure if I’ll pick up another Bruce Chatwin book anytime soon since they are quite ‘full’, but I do feel like checking out some of the references from In Patagonia. Luckily Chatwin wrote only a small oeuvre, so reading all of his works is still a realistic option.