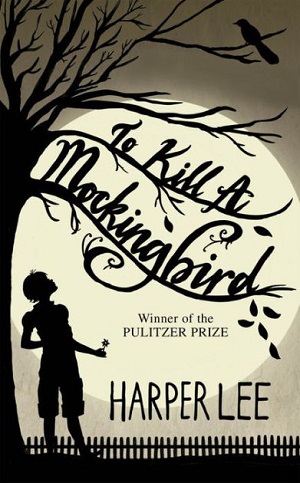 Harper Lee, like my grandmother, is 88 years old. They’re both alive and well, as far as I know. Harper Lee only ever wrote one book, called To kill a mockingbird. It was published in 1960, won the Pulitzer Prize in 1961 and was made into a famous movie. The author was 34 years old at the time and quite overwhelmed by all that success. Maybe all the attention became too much for her, or maybe she put everything she had to say into one book, but she has never published another book since then. Only after her death will we know what she’s been doing the last 54 years.

That one book by itself was enough to secure Harper Lee a permanent place in the history of American literature. Today To kill a mockingbird has been sold over 18 million times. It’s up there with The great Gatsby, Nineteen eighty-four, The catcher in the rye and Lord of the flies. Every high school kid in America still reads this book and that’s pretty cool.

Earlier this year I read In cold blood by Truman Capote. After seeing the movie Capote and the big role they gave Harper Lee alongside Truman Capote I wanted to read To kill a mockingbird too. Before starting, I knew this had to be a remarkable book. Strictly speaking it could only disappoint, but fortunately it didn’t.

To kill a mockingbird is about Scout Finch and her brother Jem. They are two children from Maycomb, Alabama, a small town in the Deep South. Their father Atticus is a lawyer and an upright man, their mother died some time ago. With Atticus at his office the whole day Scout and Jem are mostly left to themselves. Atticus beliefs this is a liberal education, while the rest of the town thinks he lets his children run wild. When Atticus takes on a racially charged case – a poor black man is accused of raping the daughter of a poor white man – the tensions in Maycomb run high. Scout and Jem want to support their father, who’s chosen to defend the black man, but they’re still too young and naive to understand everything. The adults try to shelter the children from these grown-up concerns, but are unable to prevent the children getting involved as the events unfold, even to the point of a violent climax.

Scout is our window onto this complex world. For her things can seem both exciting and threatening and her natural curiosity works contagiously. Like Scout we want to know what’s going on, why people have become so nervous. It’s 1935, a time of great poverty in rural Alabama, but even out there things are starting to change. This scares people and affects their behaviour when they’re suddenly asked to choose sides. Will they choose the side of justice or the side of safety? Harper Lee subtly introduces such moral issues as she tells the story of a young girl discovering the world around her. Life feels true in To kill a mockingbird, beautifully illustrated by the voices, the smells and the colours of the Deep South. The book can be funny and at other times sad, but it’s always honest. I can see what all the fuss is about and I may even start a little fussing myself.