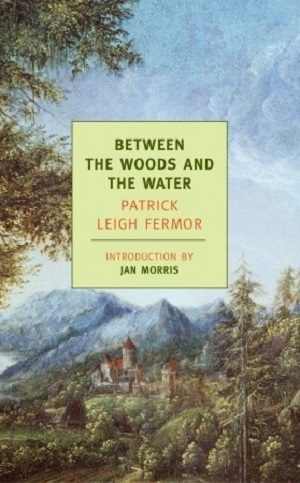 In A time of gifts Patrick Leigh Fermor walked from Hoek van Holland through Germany, Austria and Slovakia, first along the Rhine and then along the Danube. The Danube marks the border between Slovakia and Hungary and that is where Between the woods and the water picks up the thread. This book deals with Leigh Fermor’s travels through Hungary and Romania, the part I was looking forward to the most. Transsylvania, that old, oft-contested land, ancient source of myth and fairytales, and further on die wilde Wallachei, wild Wallachia, the old Romanian principality bordered by the Carpathians in the north and the Danube in the south that, to German and Hungarian speaking people, marked the end of Europe and the start of barbarian wilderness.

But first Hungary: crossing the Danube at Esztergom Leigh Fermor heads down to Budapest, where he will spend some days among the same set that had opened their doors for him in Austria and Germany. Barons and counts, all from ancient noble families, who seem quite enamoured of the young Englishman and who gladly write or telephone ahead of his approach to secure him a welcome at the next stay. Between the joys of the Budapest nightlife – ‘Wer nicht liebt Wein, Weib und Gesang der bleibt ein Narr sein Leben lang!’ (p. 184) seems a recurrent motto – Leigh Fermor has time to wonder at the strangeness of the Hungarian language. As always he is interested in the history of the country and all the different peoples who once overran this part of Europe: Huns, Magyars, Avars, Turks and a score of others.

To travel the puszta, the Great Hungarian Plain to the east and south of Budapest, Leigh Fermor borrows a horse called Malek. Malek brings him a long way southeast, across the river Tisza and near the Romanian border. Crossing the border by train, as it is said you’re not allowed to cross by foot, he finds himself in Transsylvania, officially part of Romania since the Treaty of Trianon at the end of WWI. The network of his Hungarian friends stretches far, as Leigh Fermor is once more invited into various country houses. He befriends a young man called István and falls in love with a (married!) girl called Angéla. Patrick, István and Angéla decide to go on a wild car trip through Transsylvania which, to my great delight, is roughly the same trajectory as we travelled two years ago: from Alba Iulia northwards to Cluj Napoca (I will stick to the Romanian place names, since that is how I remember them. Leigh Fermor clearly has fun explaining all the different names for these towns; Apulon-Apulum-Bălgrad-Weissenburg-Karlsburg-Gyulaféhervár-Alba Iulia and Klausenburg-Koloszvár-Cluj). From there east and southwards to Târgu Mureş, Sighişoara and Braşov and past Sibiu westward to the beginning. They find it a rather beautiful trip, as did we.

For Leigh Fermor it is time to travel alone again, from the southwestern part of Transsylvania down towards the dangerous stretch of the Danube called the Iron Gates. Towards the end of the book, once more on the banks of the Danube, Leigh Fermor muses how a little island in the river where descendants of a long-forgotten Ottoman contingent still lived in the 1930’s has now disappeared under water. A huge hydroelectric power plant that was built thirty years later completely changed that stretch of the Danube.

Between the woods and the water was written and published decades after Leigh Fermor’s journey in 1934 and a sense of loss is prevalent throughout. Many of the places he’d seen would be gone or unrecognizably changed within a few years and many of his friends and acquaintances along the way would be killed or uprooted from their homes (see Jaap Scholten’s Kameraad Baron). And yet, despite this sad undertone, the book breathes the adventurous spirit of the young Patrick Leigh Fermor. There’s a genuine appreciation of the beauty of nature, the pleasures of friendship and the depth of historical knowledge one can gain along the way. This combination of youthful enthusiasm and a sadder-but-wiser knowledge of life make these such rich books, books I know I’ll be coming back to in the future. And what’s more, the third and final part of Leigh Fermor’s journey that deals with the final stretch to Istanbul has just been published as The broken road. Reading that will be something to look forward to!