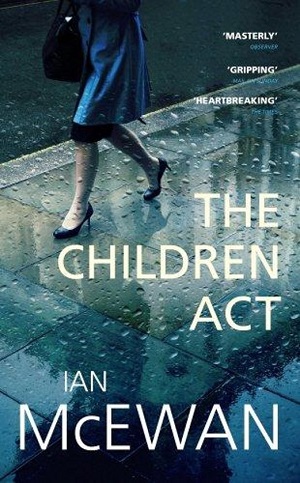 From Seville we drove south, in the direction of the sea. We found a small mountain village called Vejer de la Frontera, one of the white villages Andalucia is famous for. The addition ‘de la Frontera’ you meet a lot around there. It recalls the time when the area formed the border of the Spanish kingdom and fortified towns like Vejer were guarding the frontier.
Despite that somewhat grim-sounding past Vejer is actually a very beautiful place, with narrow, winding streets that can bring you up to the hilltop-castle or to hidden churches and little squares. The Spanish make it a point of honour to drive their dented cars all the way up the hill, even if it requires going back and forth ten times to round a tight corner; walking is for tourists.
Nothing wrong with being a tourist, though. You can escape the ever-windy lanes of Vejer and rest at the beaches of Los Caños de Meca or Conil de la Frontera. For my first real beach book of this holiday I’d selected Ian McEwan‘s latest, The children act. A terrible choice in hindsight, to be honest. To be at the beach the whole day, blocking out the sun with your book, but mainly staring at the same page for most of the time seems like an unnecessary waste of effort. Fortunately, back in our Vejer appartment I was able to make better progress.
The trouble with The children act is, not only is it not a beach book, I don’t think it’s a summer book at all. The cover already looks quite bleak, during most of the scenes it seems to rain constantly and the story is hardly cheerful. A middle-aged woman judge has to decide whether or not an underage teenager with a deadly but treatable disease should be forced to take treatment when he refuses to do so for religious reasons. The judge is a highly analytical workaholic, one of the best judges in her field of family law, but she doesn’t excel on the emotional level, whereas the boy is an intelligent, charming young adult who plays music and writes poetry. Together they form an interesting pair of antagonists.
Back in the moderate climate of Holland I still struggle with The children act. Such a well-structured, thoughtful book, that doesn’t forget to tell an exciting story as well, and yet it still leaves me cold somehow. Was it the wrong time and the wrong place to read it? Certainly. Or was it something I noticed before in some of McEwan’s books: they can be expertly crafted works of art, but they don’t breathe enough, they stay distant and don’t drag me in the way I would like to. I can’t help but see The children act for the tight, well-tuned piece of clockwork that McEwan made it to be.
Still, making such a moral story into a gripping little novel is quite an extraordinary achievement. The children act constantly asks the question ‘What is the right thing to do?’ and, thereby, forces you to think about what you would do in the same circumstances. You’ll have to think on an intellectual ánd on an emphatic level to come to grips with this book and, since we each do so in our own personal way, talking about The children act with other people is highly recommended. Perhaps I’m just the wrong reader for this one, too young to care for the judge’s predicaments and too old to have enough patience with the boy’s teenage dramatics. Or, perhaps I enjoyed the next book on our holiday too much.