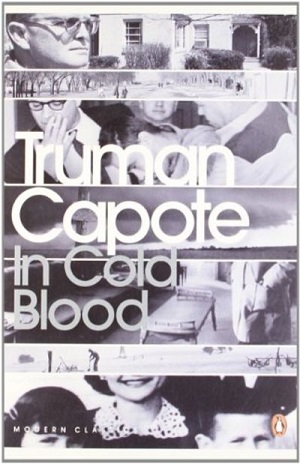 In 1959 Truman Capote read a small article in the back of The New York Times about a gruesome murder in the state of Kansas. A wealthy farmer, his wife and two children had been found dead in their home, the victims of a carefully planned crime. Capote realized he had found a real topic to write about. Over the next years he would immerse himself in this remote area, speak to locals, the investigators involved in the case, but also to the two killers. All this research would eventually become In cold blood, a non-fiction novel that soon gained classic status. Here was a book you could read and enjoy as a novel, but that dealt with facts; the true crime genre was born (see for a recent example The suspicions of Mr Whicher by Kate Summerscale).

We slowly get to know the murdered family, the scene of the crime as it was first found, the many theories and uncertainties that rise within the community, the difficulty of the investigators to come upon any leads, the whereabouts and eventual discovery of the killers, their trial, followed by a long imprisonment impending their death sentence and, ultimately, their death at the gallows. It is fascinating how Capote lures you in. Everybody knows the facts, everybody knows the outcome and yet you want to know exactly how it went. Who are these two young men? What led them to this sudden burst of violence? How did they ride free for so many weeks and how were they caught?

The two killers, Dick Hickock and Perry Smith, are the real main characters of this book. Capote must have been immensely intrigued by them and devoted a lot of time to sketching their characters. With success, because awkwardly enough you get to feel you know them. Their deaths are a sad ending to the story. That is the surprising strength of In cold blood and entirely the achievement of Capote. He brought a true story to life, not by placing himself in the center, but by letting the characters speak for themselves.

Now I can finally see that long-anticipated movie Capote, with Philip Seymour Hoffman as the struggling author.