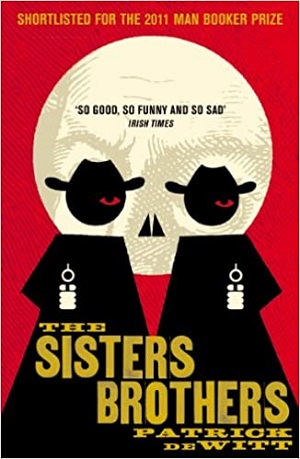 Two men on horses. One light-footed horse called Nimble, one ill-fated horse called Tub. Of the men, one drinks too much brandy, the other worries too much. They are the Sisters brothers, gunmen for hire who kill for a living. Why? Because they are good at it and there is always someone to kill in those days.

The setting is the American West – Oregon, California – around the time of the Goldrush. Thousands of men come to those parts with a quick fortune in their minds. One merely has to dip one’s bucket into a river to collect the gold. A few indeed make a fortune, most have to look for other ways to make a living. Life expectancy is disappointingly short.

A perfect place for the heroes of this novel, Charlie and Eli Sisters. They are sent by their boss, the Commodore, to disperse of a man called Hermann Kermit Warm. As with many journeys, though, it is not their destination that matters, it is the part that comes before. On their way to Warm the brothers meet all sorts of trouble: a witch that tries to curse them, a bear that tries to eat their horses, a paranoid prospector who is afraid they are after his gold. They survive and reach their journey, losing poor Tub on the way and leaving at least a corpse or two wherever they pass. The last part of the story involves Hermann Kermit Warm, but what happens with him I shall not tell; you should find out for yourself.

Patrick DeWitt has written a book people ought to read. If you like action or comedy, it is all there; witty dialogue, graphic violence, surreal intermezzos, The Sisters brothers is a novel Tarantino style. And, there is even room for a sequel.